Posted on June 10, 2015 by Admin under Derbyshire, The Life of a Derbyshire Photographer 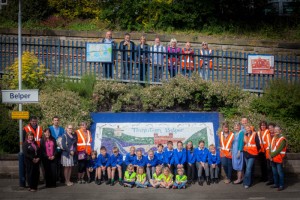 Today Transition Belper had the official launch of its eye-catching mosaic on Belper Railway Station.

The work done by Transition volunteers in improving the railway station is really commendable. Another reason to be proud of Belper.

Talking of mosaics, I did a bit of piecing together, photographically speaking.

I had the idea of taking a photo of the launch with a train in the picture, so while people were gathering, I took a separate shot of a local train arriving.

I then blended this in to a later shot I took of everyone assembled on the platform. 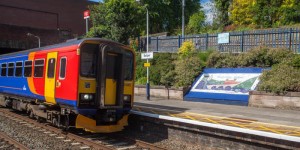 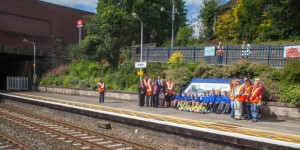 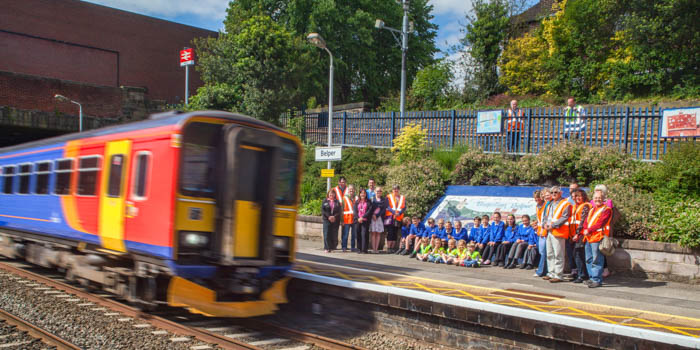 In having achieved this blend, I bow to the great God Adobe.

Ironically, as you’ll see, I was about to take that second shot and a train appeared anyway! However, I prefer the local train as this one stops at the station.

I also shot a straight-on, more ‘official’ photo (see above). Good job I turned up (I wanted a few shots for my 2016 book of the Derwent Valley Mills World Heritage Site) because the official photographer for East Midlands Trains didn’t make it. He should have caught that local train I photographed. 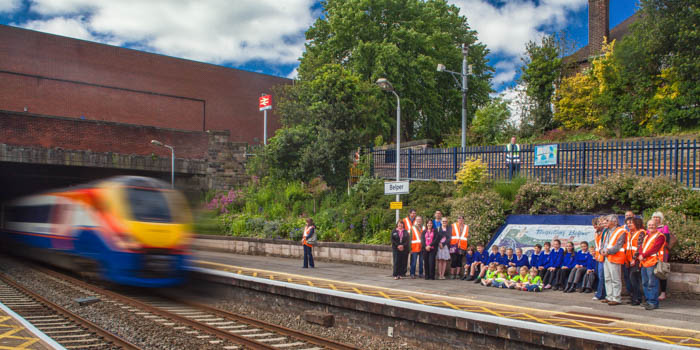 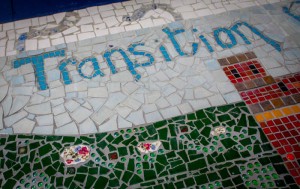 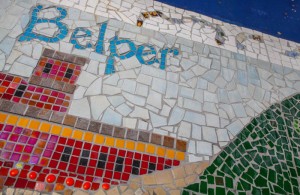 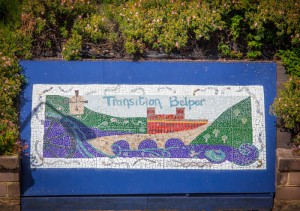 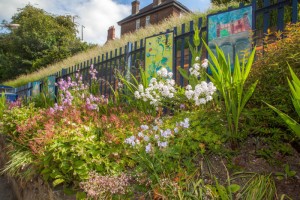