Posted on March 27, 2015 by Admin under Uncategorized
Leave a comment

An enjoyable and rewarding commission this week: photographing the opening of the Royal British Legion’s Advice & Information Centre in Derby. Â What made it so memorable and poignant was that the centre was opened by Paul Cummins, the artist behind arguably the greatest cultural event of this century: the ceramic poppies at the Tower of London.

What a lovely, humble fellow Paul turns out to be. Â He seems almost overwhelmed by the fame that has come his way, not that it looks obvious; virtually every time I looked at him, he had a smile on his face. Â He was so obliging when it came to taking photos.

The new Legion centre is superb, too – and what a friendly bunch of people. 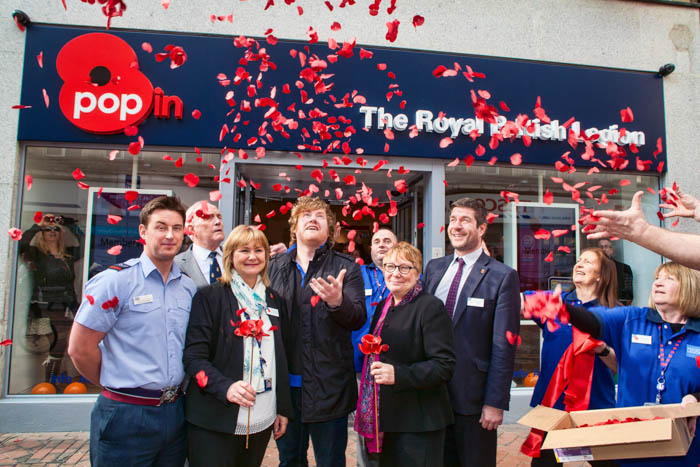 I was very nervous about the key shot I had to get: a ritual throwing up in the air of dozens of poppies in front of the centre. Â We did it three times to ensure I got a decent shot. Ironically, the first one was the best, showing Paul with a big smile on his face tossing a handful of poppies into the airÂ himself. Â As luck would have it, I got the bonus (see right of pic) of two hands throwing poppies which really added to the impact.

Read all about it in the Derby Telegraph (who used my key pic, bless them):