Posted on May 25, 2015 by Admin under Derbyshire, The Life of a Derbyshire Photographer
Leave a comment 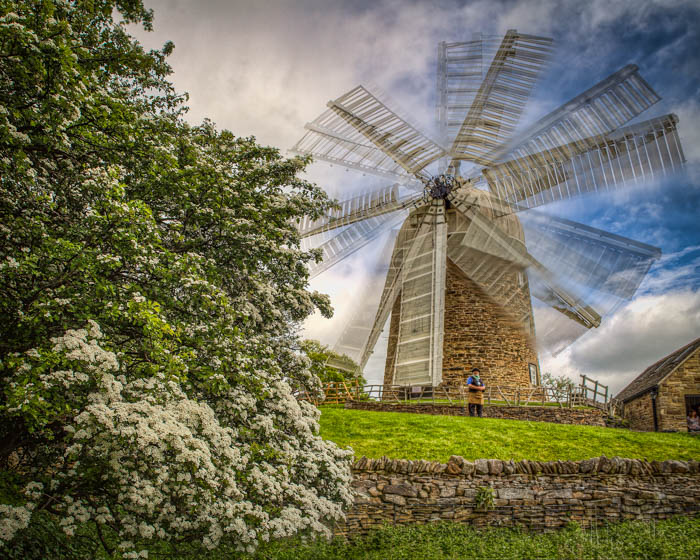 As a Trustee of Heage Windmill who also looks after their website, I find myself popping over there as often as I can to get new images. When I saw the hawthorn bush was in bloom and the sails were turning, I saw a photogenic moment. I made a HDR (High Dynamic Range) photo by holding the camera steady, shooting off three frames at different exposures and processing them in HDR software (Photomatix). Usually when processing the images, I have the de-ghosting button ticked. This means that any movement that occurs while shooting off the frames is removed. However, in this instance, I left the button unticked so that I got the sails appearing from each frame. I did add a bit of extra motion blur to enhance the movement. Also, because it was breezy, the hawthorn bush moved slightly in each frame, resulting in a blur that, in this instance, I didn’t want. So, I inserted the correctly-exposed frame of the bush in the HDR image. Hopefully, you can’t see the joins.
I’m very pleased with the picture, though after all this jiggery pokery I have to say that nothing beats standing there and watching the sails turn. It’s a glorious sight. Go visit. The windmill is open every weekend until the end of October. You can even buy the mill’s own flour.