Posted on July 3, 2015 by Admin under Derbyshire, The Life of a Derbyshire Photographer 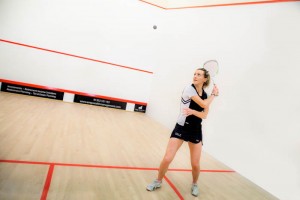 Here are some of the most satisfying photos I have taken recently: for my squash & racquetball club at Duffield.

See how clean those squash court walls are? Â In reality, there are marks everywhere. A squash club wall is only pristine for about a week following its annual facelift. Â  If only I had timed the photo session when those walls had been cleaned, it would have prevented my clone tool from cryingÂ out for mercy. 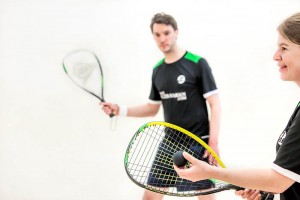 What also pleased me about these pictures is that they include Millie Tomlinson (above right) who is a great ‘local girl done good’ success story.

She hails from Duffield and graduated last September from Yale University in USA, winning the World University Championship and the British Under 23 National Championships.

Winning these and other titles has seen her climb from World no 141 to 53 in only 9 months. Â So, she’s a great advert for squash. Â It’s just a shame she won’t get the chance to compete in next summer’s Olympics as the Olympic Committee has three times in the last six years turned down the ‘fittest sport on the planet’ (Forbes Magazine) when it’s bid forÂ Olympic recognition. 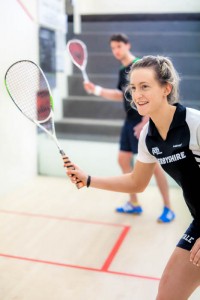 The last time the squash fraternity bid, they lost out to golf. Â It makes me wonder if the Olympic Committee has shades of FIFA.

Which sports-minded person in their right mind would turn down a sport that is played by 20 million people in over 185 countries? Â Also, winning Olympic Gold should represent the pinnacle of every Olympic sport.Â  Yet if Rory McIllroy wins Gold in Rio, will he cherish it more than his US Open title? Â Of course not.Â  Golf? Â an Olympic sport? Â Do me a favour.

OK, squash is not as popular as golf but neither is beach volleyball or synchronised swimming, so how did they get in? Â American influence? Â As I say, shades of FIFA maybe.

Anyway, off the soap box, back to the pictures. Â Millie was joined in this photo shoot by her two sisters Mollie and Maddie who also play squash and I got three other squash club members – Sarah, Graham and Ollie – to pose for me. Â I’ve seen a lot of stock image library photos of squash and I reckon these are more realistic because although they posed, they know HOW to pose with their racquet and stance in just the right position.

At some point, these images will find their way on to the Duffield Squash & Racquetball Club Website. Â Have a look… and think about taking it up. Â I’m of a certain age yet I’m as fit as a butcher’s dog through playing regularly. 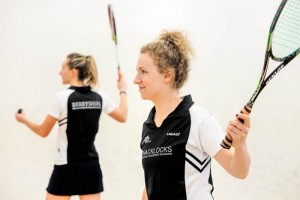 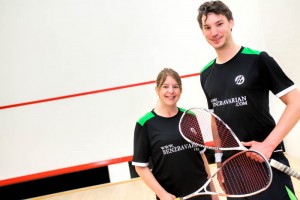 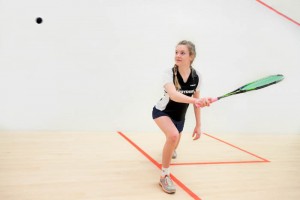 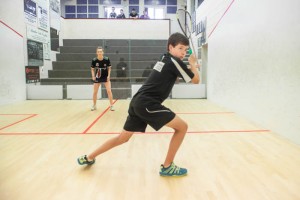 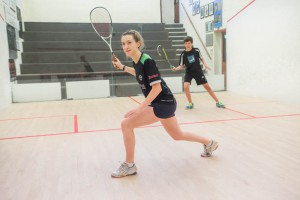 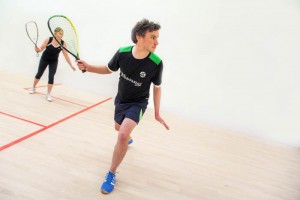 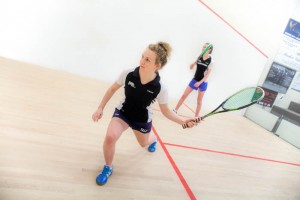 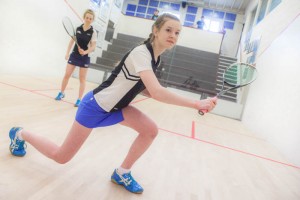 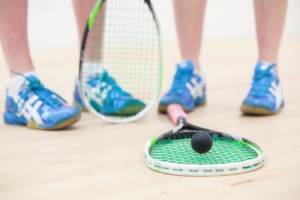 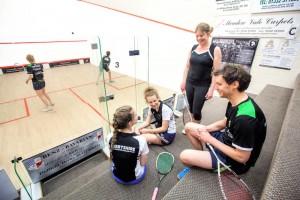 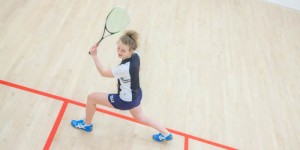 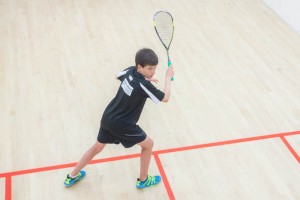 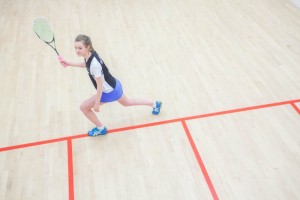 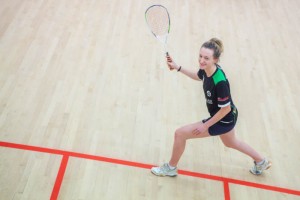 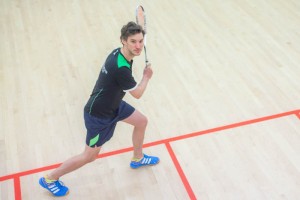 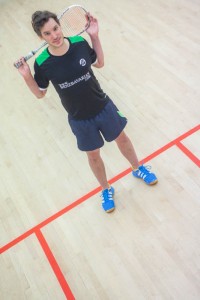 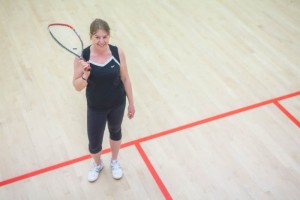 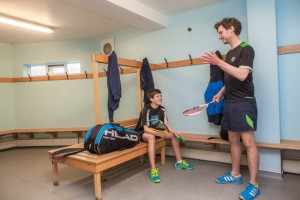 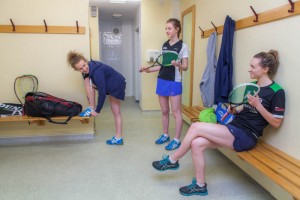