Posted on October 12, 2013 by Admin under Uncategorized 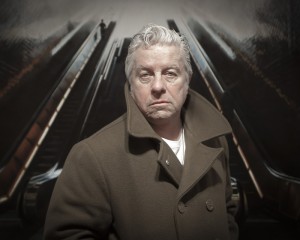 It’s not often you get a phone call from one of the world’s greatest photographers. Â It was Brian Griffin. Â No argument about his greatness: he’s just received the Royal Photographic Society’s Centenary Medal. Â Previous recipients have included Annie Leibowitz, Don McCullin, Elliot Erwitt Sebastiao Salgado… need I go on?

Brian asked if I could use the photo I took of him for Derbyshire Life in the forthcoming RPS Journal awards booklet. Â He said: ‘it makes me look good.’ Â I said ‘yes’ immediately. When a photographer regarded as ‘one of the most influential portrait photographers of the past four decades’ wants to use YOUR portrait, declining his request would be akin to saying to the Pope: ‘Thanks for offering me an audience with you, but I’m re-arranging my sock drawer that day.’

Brian also said ‘if you want anything from me, just ask.’ Â Indirectly, he’s given me something I could only dream of: a profile of me in a national photography magazine, F2 Freelance Photographer. Â The publishers of the RPS Journal also happen to publish F2 so when they saw me credited for Brian’s portrait, they must have thought I was an important photographer worthy of attention. Â And they’re right… the bit about being worthy of attention, that is.

The F2 Editor emailed me a lot of questions and in answering the one ‘How did you become a pro?’ I realised I have something in common with Brian Griffin. Â We both started by joining a camera club. Â The difference ends there: Brian was 17, I was 27. Â He left after a few years, I’m still a member! Â I seem to be the only pro photographer in the business who admits to learning all I know through a camera club. Â I know it doesn’t sound very cool simply becauseÂ camera clubs are generally regarded as the refuge of the hobbyist.Â  Yet it took me into a world of sound photographic practice where one pays heed to good composition and the appeal of the pictorial image.Â  The camera club world is a highly creative one, too. Â I still buy the ‘hobbyist’ photo mags and when I see readers’ pictures, I am staggered by the quality – and thankful they all have day jobs!

Answering all F2’s questions was useful in the sense that it enabled me to take stock of where I am and why I do what I do. Â I was also grateful to the magazine for maybe pinpointing the quality of my photos. Â To save them trawling through the thousands of photos on my website to find the best possible pictures for the feature, I presented them with a gallery of over 250 of my best images. Â Below is a gallery showing the photos they selected. Â Maybe this says I should strive to achieve this kind of imagery. 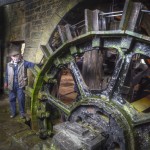